Four Ways to see the Milky Way in Northern Michigan

Much of northern Michigan, both east and west, remains preserved and pristine thanks to the establishment of parks and recreational areas. The towns and cities aren’t densely populated for the most part so they retain their “up north” charm. It’s a region people are drawn to because of its beauty and simplicity, a place they can get away from the busyness of life. Stargazing and watching the night sky reconnect us with the vast universe, and there are some great – and unique – spots to see it all in northern Michigan.

A tall ship, to be more precise.  Embark on a late-night cruise aboard the Inland Seas Education Association’s schooner, the Utopia from Suttons Bay in the Leelanau Peninsula. They offer one astronomy sail per month from 10pm-12am. An astronomer is on hand to point out constellations and orient you to the night sky. The Tall Ship Manitou, which berths just north of downtown Traverse City, doesn’t have cruises just for stargazing, but they do have overnight stay options… if you really want to splurge.

There are many charter companies on Lake Michigan and Lake Huron that offer night cruises. Shepler’s Ferry, mostly used for transporting passengers to and from Mackinac Island, offers night sky cruises that are scheduled according to various events in the night sky. It costs $26 for adults and $14 for kids under five.

Can you imagine viewing the stars while being gently rocked by the waves? It sounds pretty magical to us.

Sleeping Bear Dunes National Lakeshore, Empire, Michigan, hosts star gazing parties April-October, often in conjunction with the Grand Traverse Astronomical Society. These parties take place either on the popular dune climb or at the dune overlook on Pierce Stocking Drive. Some parties take place during an astronomical event, such as meteor showers, while others are just for general exploration. Bring your telescope for a closer view, but even without one, you can enjoy the majestic night sky.

Headlands International Dark Sky Park, two miles from Mackinac City, is free and open 24 hours a day.  It offers an unparalleled view of the night sky because of the lack of light pollution. It’s home to lots of wildlife and a diverse, pristine woodlands and shoreline.  Come for the day, not just the night to really get away and reconnect to nature. The Waterfront Event Center is currently in construction, which will include an observatory and telescope of its own. Stay tuned for announcements about its grand opening.

Michigan also designated state parks that are a part of its own dark sky preserve program. There are currently six parks with this designation, five of which are up north:

There are other state parks that are open past dusk in northern Michigan. Check this article from MLive for a complete list. A recreation passport is required, and make sure to call ahead of time to confirm hours for the particular park you wish to visit.

J.H. Rogers Observatory in Traverse City and Stephen F. Wessling Observatory in Fremont have public open houses monthly. Get a quality view of the sky using their powerful telescopes as well as a quality education from the staff members. Even though you’ll be indoors, the building is open to the night air so dress accordingly and wear bug spray. It’s a fun family activity that opens children’s eyes to science and exploration.

FacebookTwitterPinterestEmail
Error, group does not exist! Check your syntax! (ID: 4) 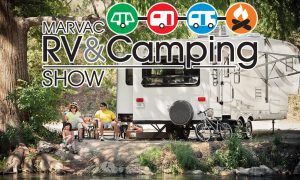