OKEMOS, MI—November 2021—Kampgrounds of America, Inc. (KOA) announced winners of their annual campground awards during their Baton Rouge, Louisiana, convention this past week. The winners are based on surveys from campers following their stay as well as an annual on-site quality inspection of the campgrounds. 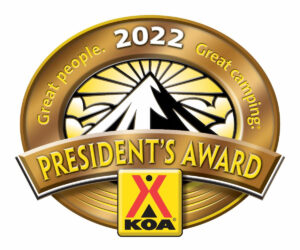 Campgrounds are awarded from every state, of which there are 525 across the nation.

In Michigan, there are several award-winning KOA campgrounds who are also members of the Michigan Association of Recreation Vehicles and Campgrounds (MARVAC). These MARVAC members include: 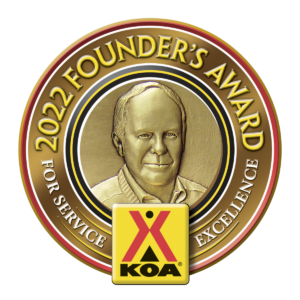 “MARVAC wishes to congratulate Monroe County KOA, Oscoda KOA, Petoskey KOA, Port Huron KOA, Traverse City KOA, and Wiedman KOA on being recognized by Kampgrounds of America (KOA) for their achievements,” says Darren Ing, director of the Michigan Association of Recreation Vehicles and Campgrounds. “These campgrounds represent a commitment to excellence that benefits their guests, the campground industry and Michigan.”

You can locate and connect with each of these award-winning campgrounds through MARVAC’s online map, as well as in through the organization’s annual directory.

About MARVAC: Celebrating 80 years, the Michigan Association of Recreation Vehicles and Campgrounds (MARVAC) is a statewide, nonprofit organization dedicated to encouraging growth in the recreation vehicle and private campground industries while contributing to the quality of Michigan tourism.

Did you know? The lake sturgeon is often called a “living fossil”. It’s part of a family of fish that has existed unchanged for more than 135 million years. The Sturgeon Festival is a family-friendly event, sponsored by Friends of the St. Clair River, centered on providing close encounters with the “Giants of the Great[...]
View Calendar 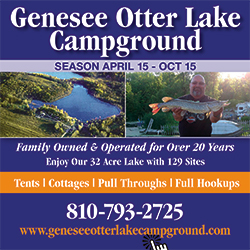