Hiking During Hunting Season: What You Should Know

Fall colors and weather beckon to all of us, especially those of us who seek hiking trails. Since Michigan is home to 13,400 miles of trails and has one of the most beautiful displays of fall colors in the country, logically, folks will be out to enjoy nature’s beauty.

Autumn excursions for hikers also correspond with another popular season in Michigan: hunting. You can still partake of the woods during this time if you take some precautionary steps, as well as remain respectful of others’ use of the outdoors and enjoying a different hobby.

Know the dates. Hunting Season HQ is a useful website for finding out when the major hunting seasons are across the United States, including Michigan. Here, there are a lot of hunters – and they look forward to deer season most of all. Bow season is October 1-November 14 and firearm season runs November 15-30. Bow season picks back up again after firearm season until the New Year. There is also a late antlerless firearm season the second half of December and a muzzleloading season for about 10 days in early December.  But it’s not just deer hunters in the woods. Gamebird hunters, with shotgun in hand, are on the prowl for pheasant, grouse, and woodcock based on season dates from September through December.

Know how to pick your time. Firearm season is when you need to be most concerned about venturing outdoors and sharing space with deer hunters. Most hunters are out when the deer are most likely to be out, in the morning and in the evening. That being said, hunters like to reach their stands or blinds well before sunrise and also return  to their spots well before sunset. Choose to hike in the late morning and early afternoon to avoid these timeframes. Also, weekends tend to see more hunting activity because that’s when hunters have the time. If you can manage to squeeze in your hike during a weekday, all the better.

Know how to dress appropriately. It’s best to dress in layers during the fall so that you can stay comfortable during your excursion. There is one more piece you should add to your ensemble: hunter orange. It can be a vest or a hat or a sweatshirt, but it needs to be large enough for a hunter to see. Gun hunters also wear orange when they are out in the field, so keep an eye out for them, too. You can pick up hunter orange clothing at sporting goods stores as well as at many convenience stations throughout the state.

Know how to protect your four-legged friends. They should wear orange, too, to stand out and not be mistaken for a wild creature a hunter might be interested in shooting. And even if your dog is the most well-behaved dog in the world, keep him or her on a leash at all times during your time in the woods if you’re out during hunting season.

Hunters generally have a healthy respect for the forest and share our appreciation for nature, wildlife, and conservation.  Be respectful of their chosen hobby and be cognizant of where you are when you’re hiking during this time of the year. 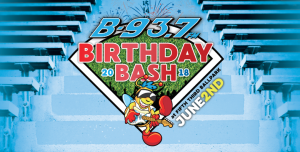 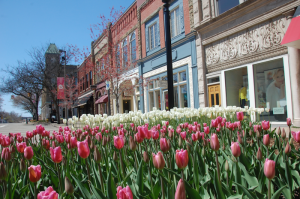